ISIS is Islamic to its core! 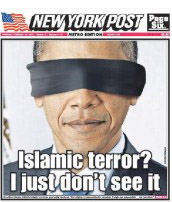 The Islamic State of Iraq and Syria (known as ISIS) sees the world through the lens of a particular religion, which has advanced through violence, since its inception. Its followers live to perpetuate the example, teachings and violent practices of their founder, Mohammed.

ISIS’s Islamic worldview includes a coercive, violent persecution and mass murdering of “infidels.” Islamists demand those they violently conquer to either: (1) recant their religious beliefs and convert to Islam and the demands of Sharia law, (2) submit, as humiliated, second-class citizens (dhimmis) and perpetually pay heavy fines/taxes, or (3) prepare for you and your family to die!

About His Way with Gary Curtis

Gary Curtis served for 27 years, as part of the pastoral staff of The Church on The Way, the Van Nuys, California Foursquare Church. He directed Pastor Jack Hayford's radio and television outreach and, later, the church’s not-for-profit media outreach. Now retired, Gary continues to write a weekly blog at worshipontheway.wordpress.com and frequent articles for digital and print platforms. Gary and his wife live in southern California and have two married daughters and five grandchildren.
View all posts by His Way with Gary Curtis →
This entry was posted in Pro-Religious Liberties. Bookmark the permalink.

This site uses Akismet to reduce spam. Learn how your comment data is processed.